This year marks my third consecutive Microsoft MVP Global Summit.  Each year seems to be a little bit better than the last.  However, this year was a lot better than last year’s summit – mainly due to the timing of products and content of the sessions.  Although there was lots to see and discuss, the content is under NDA so not much can be discussed.

However, one thing is certain, working with the Visual Studio/ALM product groups is nothing short of amazing.  Having been an MVP for close to three years now (first a Team Foundation Server MVP and now a Visual Studio ALM MVP) I can’t imagine being grouped with a better bunch of people (including my fellow MVPs and the Microsoft Product Group members).

Here’s the group of Visual Studio ALM MVPs that made it to the summit this year: 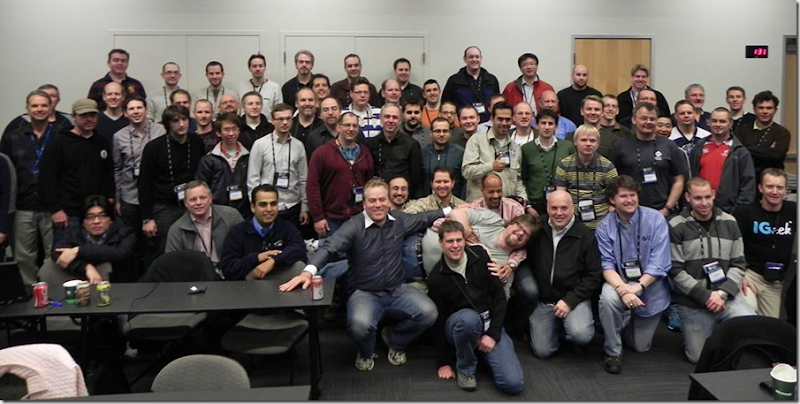 I look forward to seeing everyone again next year!